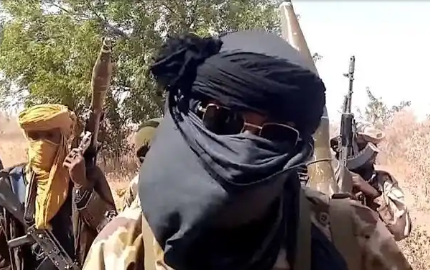 An unknown number of soldiers were said to have been killed on Thursday night by Boko Haram terrorists stormed an Army checkpoint around Zuma Rock, the border between FCT and Niger State.

Sources said the terrorists arrived Zuma Rock on the axis of Madalla and Suleija along the Abuja-Kaduna highway, at about 8.30p.m., and took the soldiers by surprise, opening fire from different angles.

The sources said the terrorists later abandoned their mission of moving into Abuja and retreated towards Kaduna axis.

While retreating, the bandits who were said to be in several motorbikes, reportedly attacked some villages and shops in Madalla and carried foodstuff on their motorbikes before bolting.

Following the retreat of the terrorists, more troops and equipment from the Army base in Zuma Barracks were deployed for reinforcement to the scene.