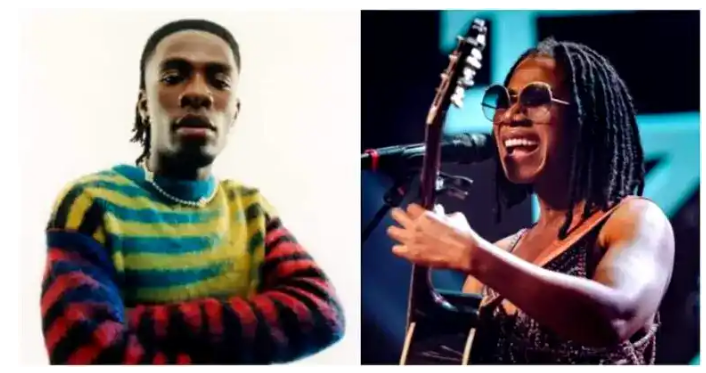 ‘I no be soft meat’, Joeboy replies
Nigerian singer, Joseph Akinfenwa Donus popularly known as Joeboy has finally reacted to the N300m copyright infringement notice slammed on him by singer, Asa.

The 40-year-old Nigerian-French singer Asa sued Joeboy for illegally using her composition on his new song.

In a copyright infringement notice drafted and shared by her legal counsels on September 30, Asa accused Joeboy of using her musical composition on his new song “Contour” without her permission.

In the suit, Asa claims that she had created the composition on 22, September 2020 during a recording session with Tempoe, the producer of ‘Contour’.

Asa demanded that the song be removed from all digital platforms within 24 hours and also asked that the sum of 300,000,000 naira be paid alongside a 60% publishing split on the song.

Joeboy, however, replied Asa on his Instagram story, calling her bluff for giving him 24 hours that had elapsed to 48 hours, and yet she has not done anything.

He wrote, “You said I have 24 hours; it’s been 48 hours already do something”

“cos I they always do love and light, you think say I be soft meat”